It Looks Like There Will Be Another Stimulus Bill – But Will It Be Clean and Green? 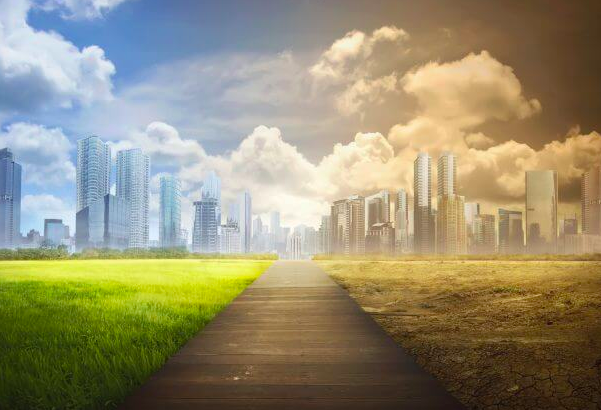 Congress and the Trump administration are beginning to outline the Phase 4 Stimulus package, but there seems to be little mention of “clean” much less “green” provisions being included, which means there would need to be a Phase 5 package or these items will be left out completely. There is talk of an additional $250 billion to assist state and local governments, but it is unclear whether this would include things like keeping municipal water providers from shutting off water to people who cannot pay their bills or for federal grants states and public utilities to sustain energy efficiency they sponsor that support thousands of small businesses in the energy sector, which has had tens of thousands of layoffs already.

Why This Matters: These items and many other similar ones that have been labeled as “green” were left out of previous bills because they were dubbed as unnecessary to battle the immediate health and economic impacts of the COVID-19. What? How can making sure all Americans have water to wash their hands not be pivotal to our success in fighting the virus? You can’t wash your hands if you don’t have running water. And clean energy deserves a bailout as much as fossil fuels.

A Harvard study published earlier this week made clear that areas with historically high levels of air pollution also have high numbers of deaths from coronavirus. The study clearly makes the case that we need policies to reduce pollution to help fight future outbreaks of diseases like COVID-19 — that even relatively small differences in pollution levels made a difference in survival odds. We also know that the clean energy sector employs 3.4 million Americans, but many of those are being laid off and furloughed. Bob Keefe, Executive Director of E2, argues that “Just as the clean energy industry was reaching new milestones, companies are now being forced to lay off workers, cancel projects and scale back dramatically for reasons that are just as unique and widespread as those impacting airlines, restaurants or other industries. Solar companies are unable to proceed with installation due to lack of home and building access, energy efficiency audits and orders are vanishing, supply chains are collapsing. The result is that the millions of workers in the clean energy field are in dire need of assistance.”

Citizens Must Have Clean Water

Dr. Anthony Fauci on Wednesday said that even after the worst of the virus is past us, our new normal will continue to require “absolute compulsive hand-washing.” And yet many Americans who have lost their jobs and can’t pay for water (which is quite expensive in some cities like Detroit) are at risk of having their water turned off. House Democrats and President Trump early last week touted the possibility of the fourth stimulus including infrastructure, including per Bloomberg Law more than $25 billion to replace aging water and wastewater infrastructure and help households pay their water and sewer bills. But according to CNN, on Tuesday, House Speaker Nancy Pelosi said “that Democratic infrastructure priorities, which members initially said they wanted to address in a potential fourth coronavirus response bill, are ‘not off the table, but what is on the table is more funding for the immediate needs that people have.'”