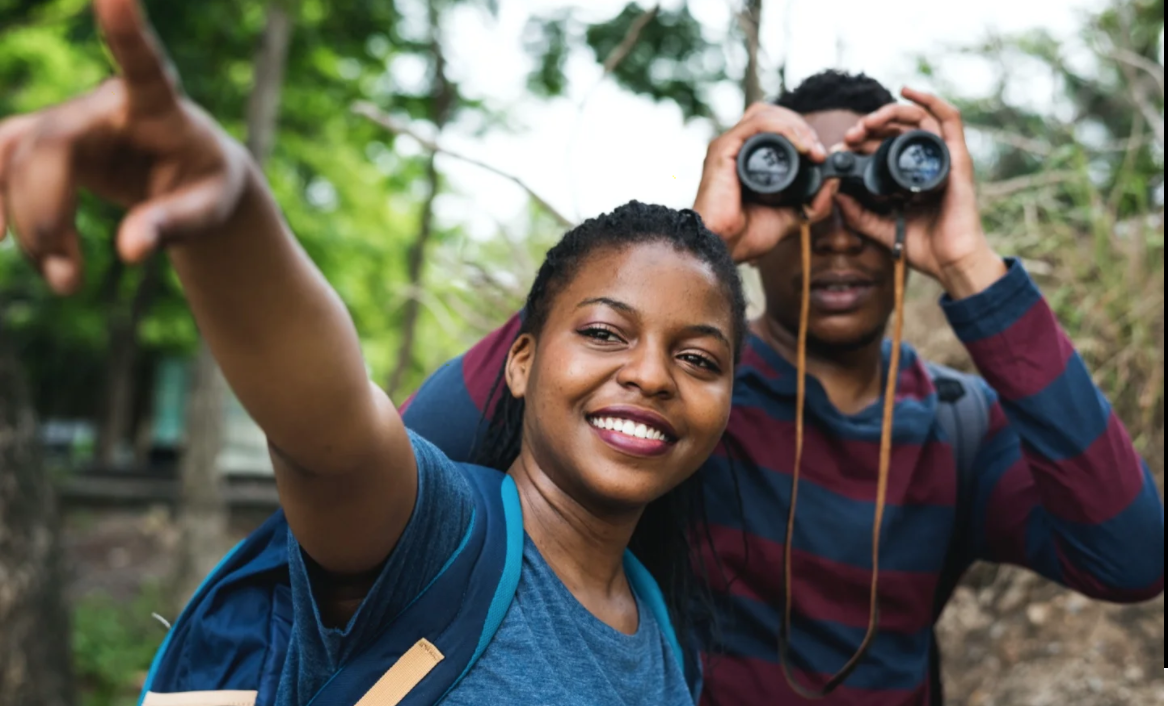 When Corina Newsome saw the video of a white woman threatening to call the police on a black birder in Central Park, she was upset — but she also wasn’t surprised.

As a black female graduate student at Georgia Southern University, she’s accustomed to keeping her binoculars visible and holding out her GPS while studying birds at a field site not far from where Ahmaud Arbery was shot while jogging in February.

“When I’m constantly consuming and seeing these things play out for other black people, it makes me increasingly more scared,” she said.

A fellow birder, Jason Wood, started BlackAF in STEM, a space for black people in the white-dominated field to connect and form a support system for one another. After seeing the video of Amy Cooper threatening to call the police on Christian Cooper, a black birder, in Central Park, the group mobilized to raise awareness of the black experience, not only in birding, but in outdoor and wildlife spaces in general.

“I want my people to know that this is not white stuff, this is not for white people only, that they don’t own this space or this activity,” Newsome said. At the same time, she said, “I really want [white people] to be conscious of our experience when we’re around them in these natural spaces and the things we juggle when we choose to be outside and be outside with them.”

The Twitter campaign, "Black Birders Week," runs from May 31 until June 5, with a different theme each day. On Sunday, organizers and participants celebrated Black nature enthusiasts across the country with the hashtag "Black in Nature." Other days include the "Post a Bird" Challenge, an "Ask a Black Birder" Q&A, a livestream discussion on "Birding While Black" and a day dedicated to black women who bird.

"Not only is being black very rare, being a black woman in this space is even more rare so we want to make sure we’re highlighting that intersection as well," said Newsome, who grew up and completed her undergraduate degree in Philadelphia as the only black person in her major.

The online platform is in part necessary due to the ongoing coronavirus pandemic, which limits in-person events and engagement, but also to eliminate geographic barriers. BlackAF in STEM has a Twitter list of 31 members spread across the country with about 1,800 followers.

“The fact that we’re in this pandemic where we’re forced to do anything online actually creates an opportunity to connect with more people than we would if we were doing in person interactions,” Newsome said.

Throughout the week, the campaign hopes to increase the visibility of black birders, start a dialogue with the white-dominated birding community and communicate the value of diversity in their field.

As for herself, Newsome said, “Every time I see another black person who does the kind of thing that I do, it just reaffirms my decision [to enter this field.] Every black person that I see adds more confidence to my own ability to exist in this space.”