Taking a Stand to Save Earth’s Oceans 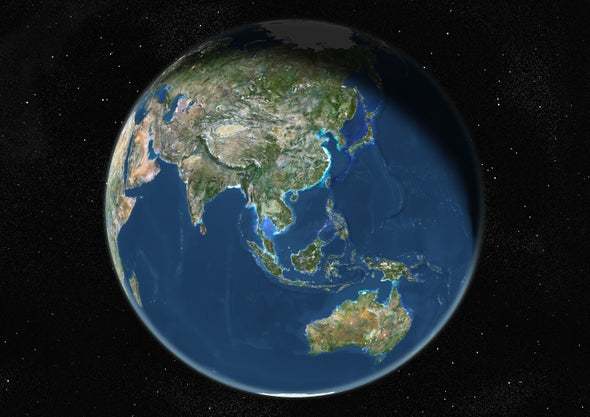 In 1990, as NASA’s Voyager I spacecraft traveled beyond Neptune’s orbit on the way to becoming the first human-made object ever to leave our solar system, its imaging team implemented an idea originally proposed by astronomer Carl Sagan, turning the camera around for one last look at Earth before entering interstellar space.

The image it beamed back showed Earth as nothing more than a pale blue dot. Sagan observed: “Our planet is a lonely speck in the great enveloping cosmic dark. In our obscurity, in all this vastness, there is no hint that help will come from elsewhere to save us from ourselves.”

So, how are we faring as custodians of the blue part of our planet, Earth’s oceans? Unfortunately, the answer seems to be: very poorly. In a new study published in One Earth, we aimed to assess what is needed to save Earth’s marine biodiversity and ensure our oceans have some level of health. To do so, we first had to grapple with challenges now facing global marine life.

Commercial fishing now takes place over a surface area four times the size of land-based agriculture. Much of this has been completely unsustainable, as we have depleted 90 percent of important species. Large fish have been harvested so heavily that they have been virtually wiped out in many places. Indeed, studying coral reefs today has been compared to trying to understand the Serengeti by studying termites and locusts while ignoring the wildebeest and lions.

It is clear to scientists that this scale of extraction cannot go on forever. Despite their immensity, Earth’s oceans can and will be irreversibly depleted of life if nothing is changed. This will have a profound impact on the 2.8 billion people who rely on seafood as an important source of protein, and the millions who rely on fishing for their livelihoods. Existing conservation efforts are undoubtedly insufficient.

To begin thinking about how to address this crisis, we first mapped out existing conservation zones, areas of international importance for biodiversity (known as key biodiversity areas), and areas where human impacts on the ocean are extremely low (known as marine wildernesses).

Next, we used a mathematical algorithm to identify additional areas for conservation in order to preserve a portion of habitat for more than roughly 22,000 marine species (all the species whose distribution is known). We found that 8.5 million square kilometers of new conservation areas would be required.

We then looked at the main threats facing these areas, allowing conservationists to determine the most appropriate strategies to preserve biodiversity within them.

Because fishing impacts almost all coastal areas, conserving them might require restrictions on destructive fishing practices (e.g., bottom trawling) or science-based catch limits to stop overharvesting. In other areas, marine conservation might actually require action on land, to stop runoff of harmful fertilizers and pesticides.

Importantly, our plan is not just about strict marine protected areas. Effective ocean conservation will require a broad range of strategies that include no-fishing zones, community marine reserves and broader policies to put an end to illegal and unsustainable commercial fishing operations. Furthermore, it will almost certainly require a formal process to regulate use of the high seas (something that is currently being debated by the United Nations).

The world’s governments are scheduled to gather in China this year to sign an agreement that will guide global conservation for the next 10 years. Known as the Post-2020 Global Biodiversity Framework, this agreement has the potential to be a watershed moment for biodiversity conservation just as the Paris Agreement was for climate change.

“Like it or not,” said Sagan as the Voyager surged beyond Pluto, “for the moment the Earth is where we make our stand.”

Given the connected nature of the ocean, a piecemeal approach is doomed to fail. The success of the Post-2020 Biodiversity Framework depends on collective action. Our science shows that the necessary scale of action is now clear, both for the ocean and on land—but the fate of Earth’s biodiversity hangs on the willingness of governments and industry to act.

This article originally appeared on Scientific American's website and can be viewed here.