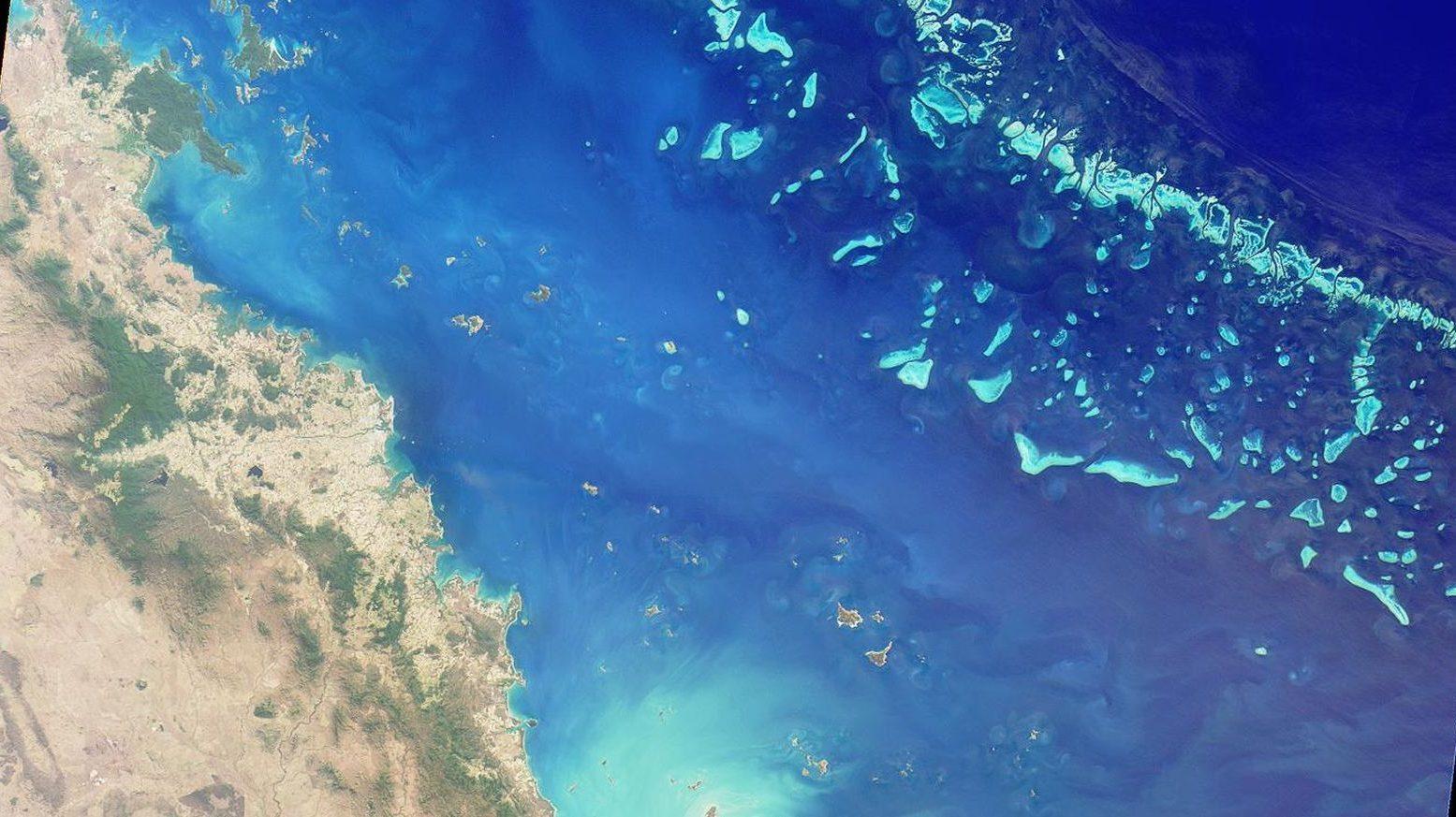 For 500,000 years, the Great Barrier Reef has grown steadily in the cool, clear waters off Australia. But after surviving five glacial periods, the reef’s billions of inhabitants may not survive humanity.

On March 26, the Reef endured its third major bleaching event in five years. Many of its corals sustained massive bleaching, even in the southern portion relatively untouched during the previous events, according to the Australian government. A rapidly warming climate has sent wave after wave of hot waters washing over the 3,000 individual coral reefs that make up the massive living structure, which stretches over 2,300 km (1,429 miles).

When water temperatures rise just a few degrees above normal, stressed corals may eject their symbiotic algae, leading to bleaching events. The bone-white corals are left without their life-giving algae. Some recover. But if bleaching occurs too often, and too intensely, the reefs die along with their ecosystem, often comparable to a destroyed rainforest.

Andrea Dutton, a paleoclimatologist at the University of Wisconsin-Madison, has spent her life studying this phenomenon. She drills into fossilized corals to see what they can tell us about the last few hundred thousand years of sea levels and ice sheets during bouts of global warming.

She spoke with Quartz twice over the past year to detail what today’s corals portend about the climate, and the significance of bleaching on the world’s largest coral system. Change, she knows, is part of life on the reef. But the pace now dwarfs anything that has come before. “It’s not that life can’t adapt,” she says. “But the question really is, can we still support human civilization, in a sustainable way on this planet. To do this, we need a healthy ecosystem around us…Not having healthy oceans is a profound risk to human civilization.”

This generation is likely the last to see the Great Barrier Reef as such an ecosystem. Dutton, who is in New Zealand for a Fulbright fellowship, was planning to take her kids to see the Reef for the first time this year, especially the relatively pristine southern section. But the coronavirus pandemic canceled their plan, and bleaching hit a few weeks later. “I had hoped to show my two Aussie children the Great Barrier Reef this month in all its glory—before it was too late,” she says. “Now, I’m not sure if they will ever get that chance.” The hope now, she adds, is to slow the pace of global warming.

This interview was edited for length and clarity.

Quartz: What you can discover about the climate by sampling these corals?

Dutton: It is amazing how much information we can extract. I always tell people picking up a rock, any rock, can tell you a whole story about what happened to make that rock come into existence the way it is. What we’re looking at is not just how sea levels change, but how the reef responded to sea level and climate change as well.

Are corals a sort of canary in the coal mine for climate change?

This is one of them. What we’re seeing right now with bleaching of reefs globally is really scary because most of the reefs don’t really recover from the bleaching. Or if they do, the coral might take 15 years or more. This is not a small thing we’re seeing.

Can you describe exactly what’s happening?

When the ocean heats up, symbiotic algae, the zooxanthellae [a yellowish-brown symbiotic dinoflagellate that lives in the coral and gives it color], can’t stay there anymore. And so they leave. And what’s left behind is just the coral skeleton, which is white. If you were to look at it from above, it completely changes the reef. All the color would be gone. The things that rely on coral to feed them also start to struggle.

And that’s what the corals look like in the fossil record. They’re just these white carbonate skeletons that I work with to try to understand what happened in the past.

If you had to analogize what’s happening to the reefs as if they were a human city, how would you describe that?

When a hurricane comes through and wipes out everything you need to live, it’s left in ruins. Things start to grow over it. You can’t imagine life being there anymore. That’s what’s happening to coral reefs, which are home to so many different organisms in the oceans.

When those corals don’t survive, they get covered with algae. This really slimy green yucky stuff. I’ve been diving on reefs that are covered with algae. It smells with all the dead organisms on the reef after the bleaching event. It was so upsetting I had to get out of the water. I couldn’t stay in it. It was absolutely horrifying to experience in person when you see what’s happening.

The problem is if you want to rebuild the reef, it’s not like rebuilding a city. If you had a whole bunch of money, you could go in there and build new buildings, and people could move in right away. For reefs, you could try to put in little recruits, little tiny coral colonies in there, and it would be so difficult to repopulate the entire reef. We would have lost species. A lot of those coral recruits wouldn’t survive anyway.

It’s not like we can just flip a switch and rebuild in the way that you can rebuild a city.

So then are coral reefs a lost cause? You mentioned that things will get worse before they get better. Why is that?

So it is not a lost cause. The reason I said it will get worse before it gets better is that even if we stop all greenhouse gas emissions today, we would still get some residual warming. Ice sheets will already start to melt just from the amount of heat in the ocean. There will still be some continuing effects of climate change.

But we would be able to start to stabilize. It’s not that there’s no hope. Because our actions can and do make a difference. That doesn’t mean that there won’t be some pain and suffering along the way, but that will might mean there’s less of it.

You’ve studied corals over long periods of history. The last time we’ve seen atmospheric CO2 concentrations this high was around 3 million years ago. From the perspective of today’s coral reef, have they ever been under these conditions before?

The Earth has been warmer before. But again, I have to reiterate, one of the challenges here is that change happened a lot slower than what we’re seeing today. It’s not a perfect analogy in that sense.

People in Australia are studying how fast coral larvae can disperse to get away from warmer waters and migrate fast enough compared to the rate at which temperatures are changing. And the answer in one of those studies I saw was “no.”

That’s the big challenge now in terms of trying to adapt. The pace of these changes. The Earth and its natural mechanism—negative feedback and checks and balances—it’s happening too fast now.

If you had to describe what we know today that we didn’t know 20 years, five years, and even a year ago, what would that be? Can you break that down?

One focus of my research is looking at sea-level change. For a long time, we thought the ice sheets in Antarctica and Greenland were so big it would take a really large change in temperature to get them to respond. It turns out we’ve learned by looking at past warm periods that’s not the case.

They are, in fact, sensitive to small changes in temperatures of one to two degrees. We used to think of them as sleeping giants. But those giants have woken up with the amount of warming we’ve already seen. That’s one of the main focuses of research now is how quickly that will happen and how quickly they will melt and retreat.

The problem is that humans have never been around to witness this dynamic, rapid retreat of an ice sheet like that. There are too many unknowns in the physical models of these ice sheets. We don’t fully understand the physics there.

And that’s where my work comes into play. We can look at these past warm periods and calibrate the ice sheet models to the data that we get in the past. Then those models will be better calibrated when we run them into the future trying to predict how quickly that retreat will happen.

You also mentioned you have children. When you talk about your work, what do you tell them about what is happening?

Well, I tell them the truth. We sit down and we watched that movie Chasing Coral. It’s on Netflix for free.

I had to watch it at work. We had some panel afterward. We talked about it. And I went home to watch it with my kids. It was a totally different experience because we were sitting there and I was watching it through their eyes. They were seeing their future and the Great Barrier Reef disappearing. My children were born in Australia and it really hit home for them.

We were all three sitting on the couch with tears streaming out of our eyes watching this documentary about what was happening to the coral reefs. And it was so profoundly moving.

When I think about the future, do my children motivate me and the work I do? Yes. I see our legacy in their eyes every day. It is absolutely motivating.

This article originally appeared on Quartz's website and can be viewed here.