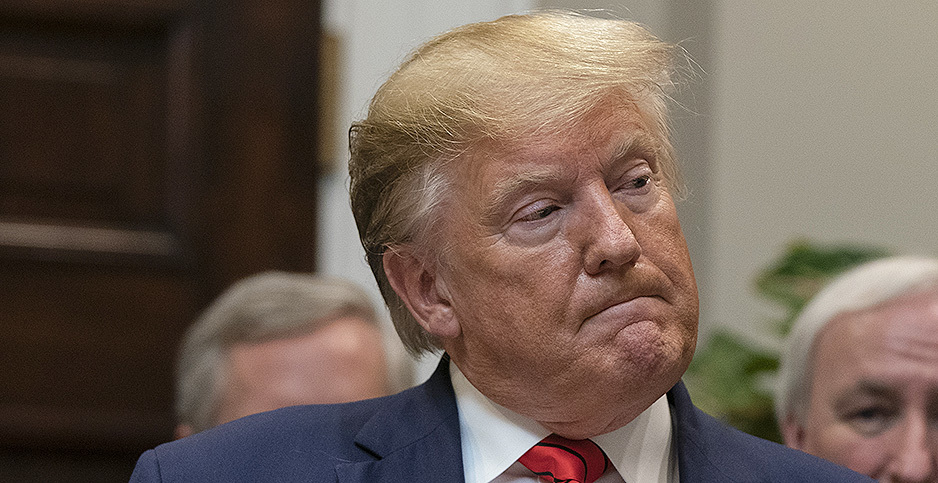 Today the Trump administration is expected to release a new set of proposed environmental regulatory rollbacks. As Reuters reported, major new U.S. projects like highways and pipelines will no longer require federal reviews of their environmental climate impact. The proposed overhaul would update how federal agencies implement the National Environmental Policy Act (NEPA), a law aimed at ensuring the government protects the environment when reviewing or making decisions about major infrastructure projects.

Good for Industry, Bad for Americans: The White House Council on Environmental Quality (CEQ) which coordinates U.S. environmental efforts by federal agencies and other White House offices told reporters that the rollback is about “efficiency” but failed to mention how major projects benefit from a less robust review process.

The CEQ is also expected to limit the scope of projects that would trigger stringent environmental reviews called environmental impact studies, expand the number of project categories that can be excluded from NEPA reviews and allow companies or project developers to conduct their own environmental assessments, the sources said.

*It’s worth noting that historically when industries have been given latitude to self-regulate it hasn’t yielded positive outcomes for Americans.

These changes come at the best of industry groups who, according to E&E News, wrote the White House in November seeking to weaken NEPA “in a manner that strengthens our economy and enhances environmental stewardship.” The proposal will:

The Reaction: Green groups were understandably deeply concerned about the rollback. Food & Water Action Policy Director Mitch Jones summed it up well in his public statement:

“By now we’ve sadly become numb to the Trump administration’s repeated attempts to roll back common-sense environmental rules for the sake of short-term industry profits. But this latest plan to disregard a key process that seeks to protect our society from out-of-control pollution and climate emissions should alarm decent people of all political stripes.
Trump’s intention to remove climate considerations from all new infrastructure decisions is akin to lighting the fuse on a bomb and standing idly by as it burns down. Even conservative Republicans should be alarmed at the prospect of a future where new highways are built in flood zones, new factories are constructed next to drinking water sources, and new air pollution condemns our planet to climate chaos.”

Why This Matters: The Trump administration has been fighting for some time to cripple NEPA–a bedrock environmental law. Trump’s actions would overturn decades of established law and will fundamentally hurt the health and safety of Americans. It’s also worth mentioning that since the CEQ issued its regulation on NEPA compliance in 1978, the council has only made two amendments to its text—once to change its mailing address, and once to eliminate “worst-case” analysis from the review process.

Go Deeper: You can read more about the specific components that the administration wants to eliminate.

This article originially appeared on Our Daily Planet's website and can be viewed here.