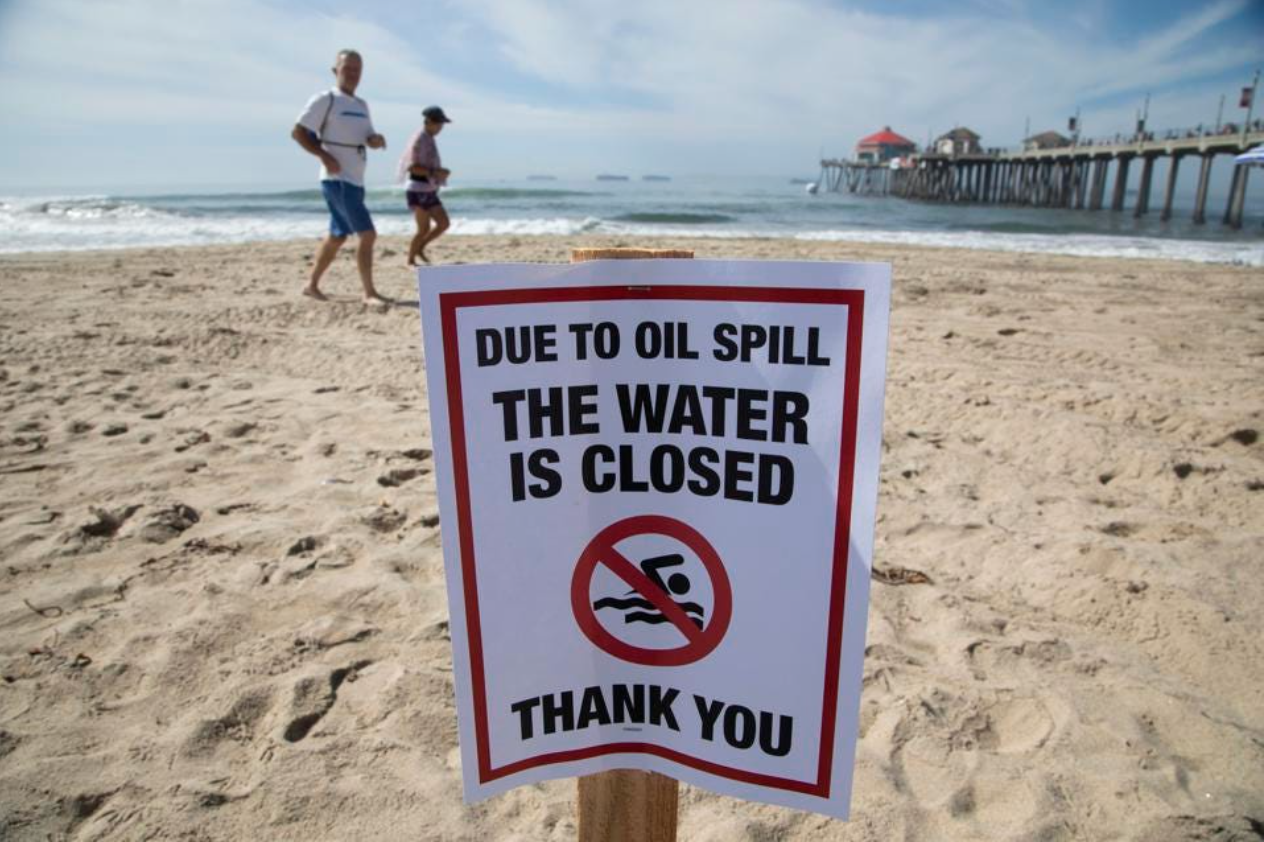 Close your eyes and picture your favorite beach. What do you see? Swirling schools of fish? Laughing children? Shorebirds scuttering to and fro? Or Pristine sand as far as your eyes can see?

How does that image make you feel?

It makes our heart heavy and our passion to protect these places from the exploitation of money-hungry corporations burn even brighter in our souls. Unfortunately, that scenario has been and continues to be a reality for many people around the globe, including, most recently the communities in and around Huntington Beach, California.

The Healthy Ocean Coalition is exasperated to learn about the 126,000-gallon oil spill, which is believed to have occurred about 4.5 miles offshore on Saturday morning and reached Orange County’s beaches by Saturday night.

The decades-old pipeline has since been shut off and capped as the investigation into the cause of the spill continues but the impacts - from oil-saturated wetlands, dead and injured animals, to beach closures – are wide-reaching and could be felt for years to come. The exact source of the spill has yet to be located.

We will say it again, louder for the people in the back (Congress and state and local policymakers, apparently) to hear, this situation and all the spills before it could be avoided but because we continue to uphold a system where profit reigns supreme and people and planet are neglected, decisionmakers continue to stand by while Big Oil and corporate polluters destroy the planet and exploit the very people whose backs they are standing on to make their billions. This is unacceptable, has gone on for far too long, and must come to an end.

Not only do we need answers and accountability from Amplify Energy Corp., the Huston-based pipeline owner, we also need action from states and Congress to ban any new offshore drilling and accelerate our transition to a diversified, renewable energy future. Transitioning to clean, renewable energy will provide jobs and keep America on pace with the global shift toward renewables rather than remaining trapped in this toxic, polluting cycle. Our energy attention should be focused on strengthening the Blue Economy, growing the job market, and becoming a global renewable energy leader.

After all, we know that all oil drilling inevitably leads to oil spilling. We have seen it time and again – from the Deepwater Horizon disaster and the Taylor Energy leak in the Gulf of Mexico to the 2017 leak in Alaska’s Cook Inlet, and now, this. Offshore oil drilling is not safe and no one is safe from its impacts.