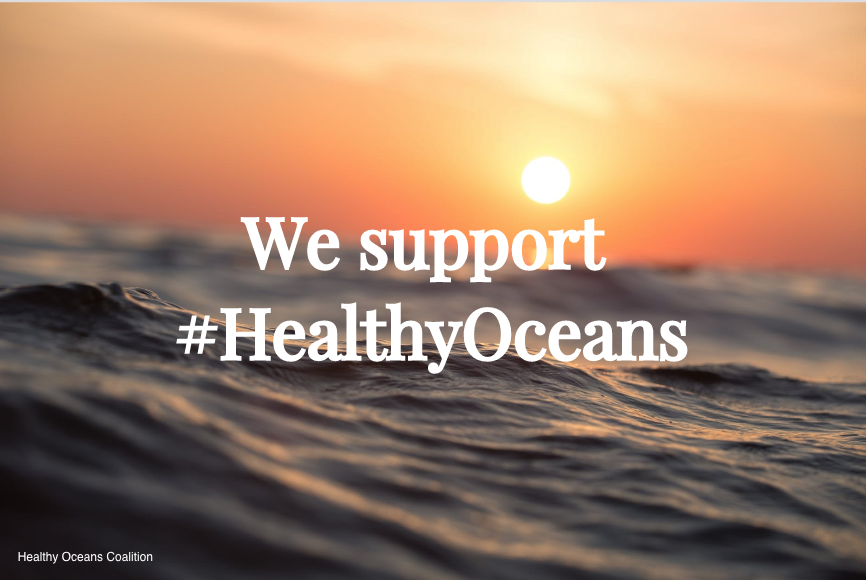 This week marks the 50th anniversary of Earth Day, which was founded in 1970 in the wake of widespread environmental degradation. Earth Day helped spur global activism and advocacy toward changing our relationship with nature and set us on a path toward stewardship and respect for the natural world. The Healthy Oceans Coalition is using this anniversary as a moment for gratitude and appreciation, recognizing that, while the current conditions are far from perfect, humans do recognize our connection between the well-being of our planet and communities. Understanding that, without a healthy Earth, humans cannot flourish.

Yet, this week brings another important, but more difficult milestone. April 20 marks the 10-year anniversary of the BP Deepwater Horizon oil disaster, the biggest oil spill in U.S. history, which spilled 4.9 million barrels or approximately 210 million gallons of oil into the Gulf of Mexico over 87 days. This is a tragedy that Gulf coastal communities and ecosystems are still impacted by and recovering from today.

This tragedy is a heartbreaking example of what’s at stake when we diverge from a path of stewardship and respect toward nature and favor irresponsible and unsustainable extractive practices. This unchecked exploitation of our planet cost lives, livelihoods, and a decade of recovery efforts. It’s a reminder that without healthy ecosystems, we cannot have healthy communities and without healthy communities our economic health suffers.

In the summer of 2010, President Obama course corrected and steered the United States toward a healthier path. One month after the well was capped, stopping oil from gushing into the Gulf, he created the National Ocean Policy, which served as the nation’s first comprehensive policy to guide stewardship of our nation’s ocean, coasts, and Great Lakes. The federal government also rewrote safety rules for offshore oil and gas drilling, reduced the footprint for offshore oil and gas extraction, expanded the size and scope of marine protected areas, and made many other advances for science, planning, and sustainable development.

However, in the last three years, President Trump has overturned or decimated every lesson we learned from and safeguard put in place in response to the disaster. This administration has rolled back the safety rules on offshore drillers and expanded the footprint and ease for oil companies to monetize our offshore waters. All while our climate changes at an unprecedented rate as a result of human behavior. It is crucial that, now more than ever, we understand that these actions have over-sized impacts on our planet’s ecosystems, communities, and economies.

It is clear we that we still have two paths available to us, though the impacts of climate change will intensify every course-correction we have to make. My hope is that we can once again find our way back for the good of our species and planet.