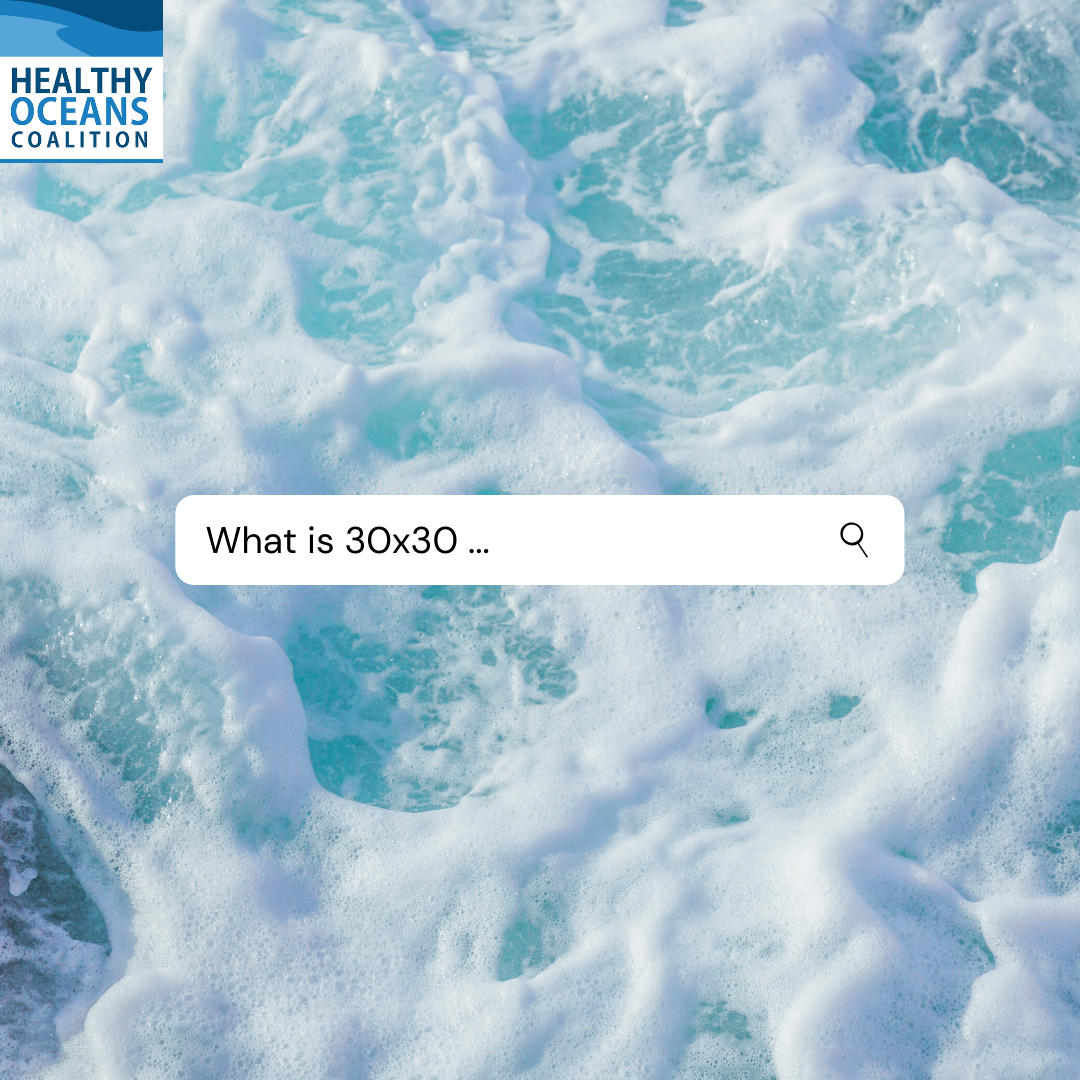 By now, many of us may be feeling overwhelmed by what the science says about the future of our planet’s climate, suggesting that we have somewhere between 10-12 years to completely change how we interact with our habitat, or we will face the severe consequences of a man-made global catastrophe.

Recognizing that we must take bold action to right the ship, The Healthy Oceans Coalition (HOC), along with thousands of advocates and environmental organizations are sending out a rallying cry of support for the 30x30 campaign. This campaign’s goal is to protect 30 percent of the world’s oceans and landmass by the year 2030. If this is achieved, we can avoid a biodiversity crisis and it would be a monumental first step into stopping, or even reversing impacts of climate change.

Right now, many of us are facing hardships relating to navigating through this pandemic and it feels increasingly difficult to plan for anything beyond our immediate circumstances. However, it’s precisely because of global issues like this pandemic, and the resulting consequences that come with it, that make it clear that the environment needs to be protected now more than ever. Using our current situation as a backdrop, it’s easy to recognize why securing protection for the environment is vital to our survival and continuing life as we know it.

During the past few months, we’ve seen the world come to a halt. Millions of people are out of work and are relying on reduced salaries, government assistance, or in some cases, their savings to get by for the foreseeable future. According to experts at the International Monetary Fund, the global gross domestic product (GDP) is projected to lose around $9 trillion during the pandemic, for context, that number is larger than Japan and Germany’s GDP combined.

By no means should this situation be taken lightly, but let’s compare it to what we are facing if we do not take immediate action to protect our lands and waters. Forests consume carbon from our atmosphere, fish are the main protein source to more than a billion people, bees pollinate one-third of the world’s crops, and we even create medicines from resources only found in nature. Scientists estimate the total value of the services nature provides us to be about $125 trillion per year, almost twice the size of the world’s GDP ($75 trillion per year). If we lose these services to habitat loss, pollution, over-consumption, and climate change, we will face a financial crisis that dwarfs anything we’ve ever experienced.

Additionally, our social lives may look quite different in the future. We’ve gone from neighborhood block parties and baseball games to virtual cocktail hours and never-ending group text chains. These social impacts will become the new normal if we do nothing to stop over-exploiting the environment. Melting permafrost in the arctic has been, and will continue, thawing, increasing the threat of releasing deadly viruses and bacteria into the atmosphere like smallpox, the Spanish flu, and even the bubonic plague.

Climate change is causing stronger and more frequent storms. Coastal cities will be especially susceptible to hurricanes and tsunamis due to deforestation and development on the coast. A loss of natural pollinators will lead us to hand pollinate crops, resulting in longer hours and more financial strain on agricultural workers and our food system. Overfishing, pollution, and invasive species will decimate fishing communities, forcing fisherman to take longer trips farther into the ocean, or abandon the profession all together. It’s certainly a bleak future being projected, but there is hope and an opportunity on the horizon if we act now.

This year and this new decade did not start as we hoped for or expected, but it has brought about some helpful insight and behavior change. We are coming together as communities to support each other; we are appreciating the people who are fighting on the front lines, and we are doing our part by distancing and limiting our interactions. As a result, we’re starting to see the positive effects on our environment. Of course, it’s unreasonable to continue this new way of life for the longterm, but it does provide clear evidence of the significant impact we could have if we make environmental protection a priority.

Join the HOC, our partner organizations, scientists, members of Congress, and thousands of ocean lovers in supporting the 30x30 campaign to protect 30 percent of our land and water by 2030. We’re all in this together and can make a difference together. You can learn more about how to support the campaign by visiting Natureamerica.org and voice your support for the campaign by signing our petition.