2019 Was a Record Year for Ocean Temperatures, Data Show

Posted on January 16, 2020 by Kendra Pierre-Louis, The New York Times 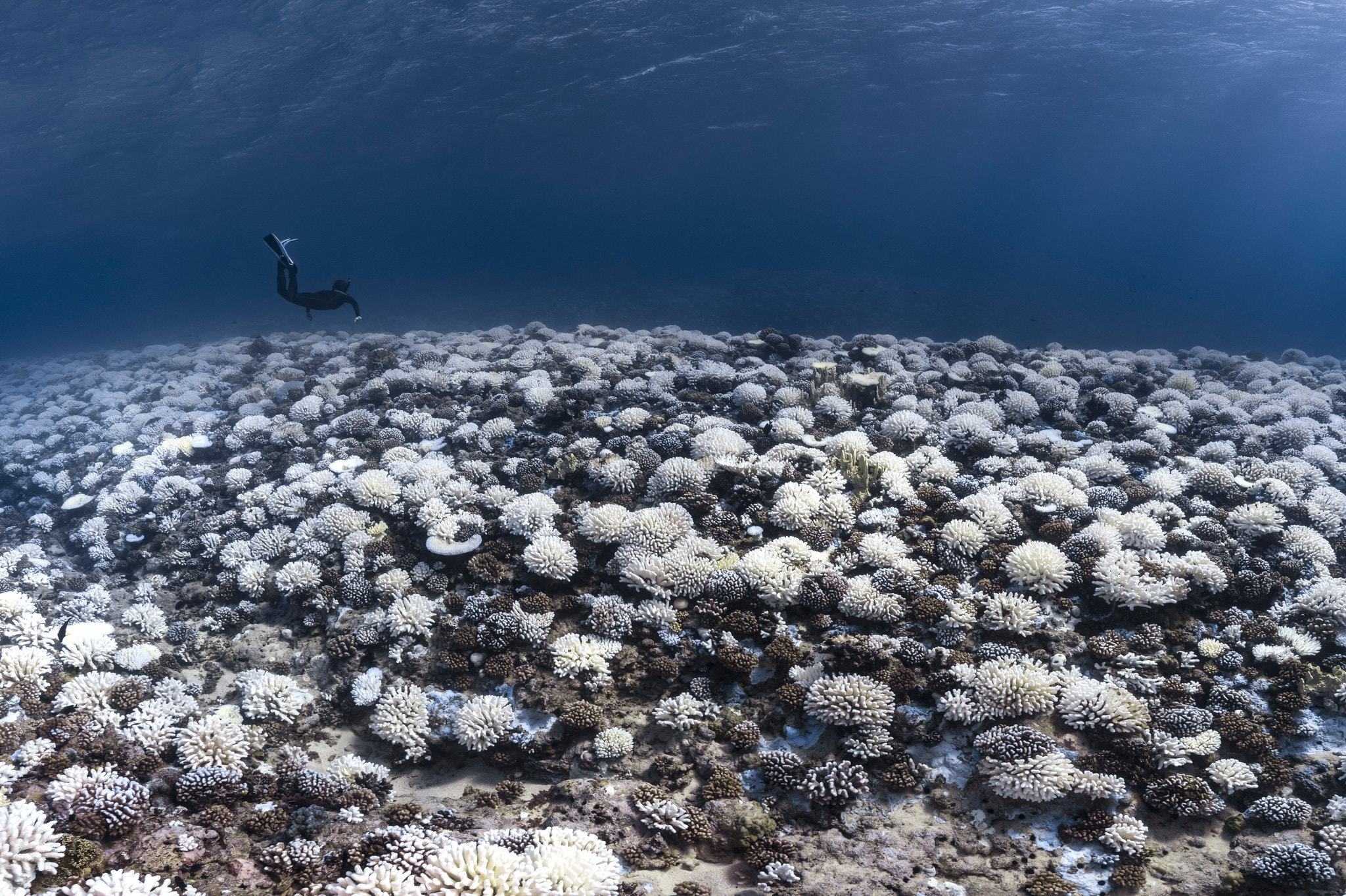 Bleached coral in the south Pacific in May. Rising temperatures contribute to the bleaching. Photo Credit: Alexis Rosenfeld/Getty Images

Last year was the warmest year on record for the world’s oceans, part of a long-term warming trend, according to a study released Monday.

“If you look at the ocean heat content, 2019 is by far the hottest, 2018 is second, 2017 is third, 2015 is fourth, and then 2016 is fifth,” said Kevin E. Trenberth, a senior scientist at the National Center for Atmospheric Research and an author on the study

The study, published in the journal Advances in Atmospheric Sciences, follows an announcement last week by European scientists that Earth’s surface temperatures in 2019 were the second-hottest on record.

Since the middle of last century, the oceans have absorbed roughly 93 percent of the excess heat caused by greenhouse gases from human activities such as burning coal for electricity. That has shielded the land from some of the worst effects of rising emissions.

“Ocean heat content is, in many ways, our best measure of the effect of climate change on the earth,” said Zeke Hausfather, the director of climate and energy at the Breakthrough Institute in California, who was not involved in this study. Surface temperature measurements are more variable from year to year because they are affected by things like volcanic eruptions and El Niño events, cyclical weather patterns that pump energy and moisture into the atmosphere.

Measuring the ocean’s temperature has long been a challenge for scientists. Thermometers on land around the world have tracked temperatures for more than a century, but the ocean temperature record is spottier.

Argo, a global network of 3,000 drifting floats equipped with sensors that measure temperature and depth, was implemented in 2007 and created a comprehensive temperature data record. Before that, researchers had to rely on an ad hoc system of ocean temperature measurements. Many of these were taken from the sides of ships and excluded Antarctic waters until the late 1950s.

“What we find is that we can do a global reconstruction back to 1958,” Dr. Trenberth said. That year was when systematic temperature observations began in Antarctica, creating enough temperature points for the extrapolation to be feasible.

The past 10 years have been the warmest 10 on record for global ocean temperatures. The increase between 2018 and 2019 was the largest single-year increase since the early 2000s, according to Dr. Hausfather.

Increasing ocean temperatures have harmed marine life and contributed to mass coral reef bleaching, the loss of critical ecosystems, and threatened livelihoods like fishing as species have moved in search of cooler waters.

But the impacts of warming oceans don’t remain at sea.

“The heavy rains in Jakarta just recently resulted, in part, from very warm sea temperatures in that region,” said Dr. Trenberth, who also drew connections between warming ocean temperatures to weather over Australia. The recent drought there has helped to propel what many are calling the worst wildfire season in the nation’s history.

Kendra Pierre-Louis is a reporter on the climate team. Before joining The Times in 2017, she covered science and the environment for Popular Science. @kendrawrites